Featured Success Story: Promoting from Within 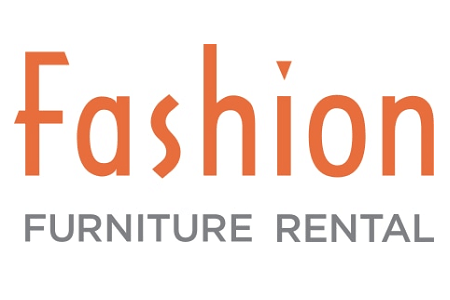 Promoting from within boosts morale and can help keep productivity high. It also boosts retention, as every employee can see that if they work hard and learn new skills they don’t need to look elsewhere to move up in their careers.

At Fashion Furniture Rental's Hayward warehouse, each new employee is introduced to Saudo Gomez, the Warehouse Manager, who tells them his own story of promotion from within.

He has seen team members inspired to knock on his door and say how they want to be like him. How he has motivated them to learn new skills and take the steps they need to get promoted to the next level. 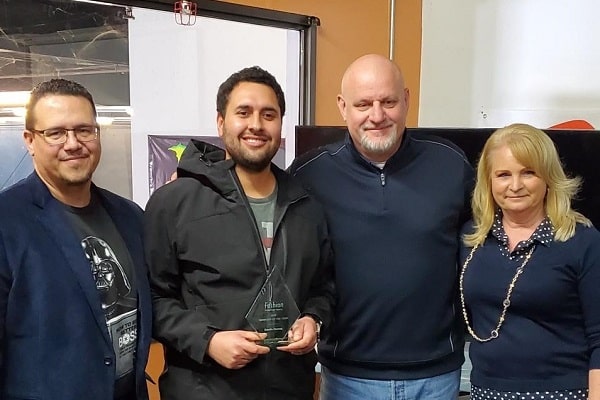 Saudo (second from left): Manager of the Year Award, 2020

I started working for Fashion Furniture Rentals back in June 2013. I was hired in an on-call position, where I didn’t know if I had work from one day to the next. If there was no work I had a back-up job in a restaurant.

Three months later I was hired full-time into the cleaning department. My main job was cleaning rugs, mattresses, couches and everything else that contained fabric.

After four months my manager asked: “Do you want to learn something new?” I said yes. “I’m going to teach you how to use a scanner, and you're going to be pulling furniture for the next day.”

Okay! I thought. It’s exciting to learn something different. The more I learn, the better it is for me.

So when my manager next asked: “Hey, you want to learn something?” I said yes, for sure. I started working in the pick and pull department, pulling the orders and driving the picker forklift.

After a few months I had a new manager. When I’d worked with him for a while he said: “It seems like you know the inventory, you know the cleaning process and also you’re capable at furniture repair. You’re doing a good job. Do you want to become a level two?” I said sure. So I got promoted to level two a year after I started working with Fashion Furniture and I kept working the pick and pull department and I kept learning new skills. 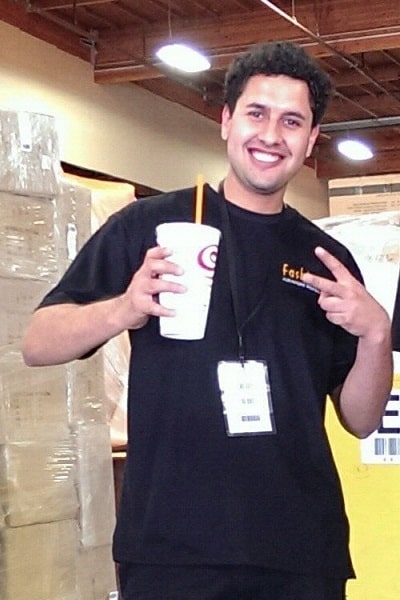 That manager left, and the Operations Director started commuting from San Diego. One day he pulled me aside and said: “You seem really capable at a lot of things. Do you want to become a warehouse lead?” I said sure. He said “Prove to me that you want to be a warehouse lead. I'm not able to run this warehouse full-time because I live in San Diego. Some days, maybe a week or two, you're going to be by yourself. Are you okay to take responsibilities?” I said I was. So the current warehouse lead and I pretty much ran the warehouse.

So, once again, no manager, just me. And that's when the Operations Director asked me: “Do you really want to become a manager, do you want to grow in this company?” I said yes, sure. “We're going to set up a plan, but I cannot promise anything. Because being a manager is tough. Your personal time and your work are going to be blurred. You may get phone calls in your time off. And if people need an answer, they're going to keep calling and they're expecting you to answer that phone.”

He continued: “We’re going to set up a training program. And, like I said, I cannot promise anything. Do the training, let me know your thoughts, and I’ll give you my decision in six months.”

I learned how to write reviews and disciplinary actions. I roleplayed scenarios such as when people were horseplaying and I had to handle it.

I fixed the tardiness issue we were having and set up processes and safety plans. I learned how to hold people accountable.

Six months later, at the end of 2016, I learned the good news – I was to become a manager!

Other companies have offered me more money to join their teams. But I’m really loyal to Fashion Furniture. I get great support from the Operations Director and the CEO. They believe in me and know what I have to offer the company. They enrolled me in the Crestcom program to help me grow as a manager and leader. Fashion has taken care of me.