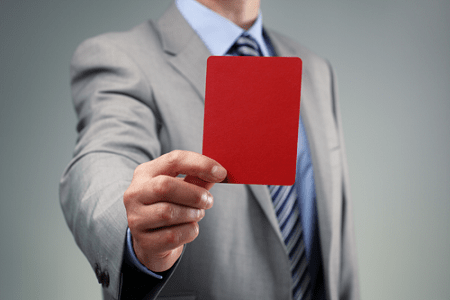 According to Forbes, a typical manager spends 25-40% of their time dealing with conflict.  I'm not sure who Forbes was polling, but it can't have been any of our clients!  However an oft-quoted study from CPP Global that feels closer to home finds that 89% of employees have experienced a workplace conflict that escalated, 67% have gone out of their way to avoid a colleague because of a disagreement at work, and 25% have seen conflict lead to sickness or absence.

The GOOD news is that the same study finds that "over 95% of people receiving training in conflict management as part of leadership development or on formal external courses said it helped them in some way" (our December session featuring Dr. Kim Alyn is on conflict management - but enough with the plug.)

How NOT to Deal with Conflict

Whether or not you've attended training in conflict management, here are six things not to do if you don't want to make conflict worse:

The conflict resolution tool is called the Dialogue Method, and it originated from a relationship counseling tool known as the Imago Technique that was developed by Dr. Harville Hendrix. He focused on improving personal relationships. but the adapted Dialogue Method can be used in professional relationship as well.  Now you may not be able to use every step of the Dialogue Method in every business situation, but practicing it will at the very least teach you how to field conflict more effectively, and also improve your listening skills, something that in and of itself will improve conflict.

The Dialogue Method takes a while to perfect.  It is a very effective technique that allows the other person to stay calm in the midst of conflict, and worth the effort to learn if you want to become better at conflict resolution.  It's a beneficial tool at work, and one of the best place to practice it is at home.  Just move right into the Dialogue Method next time your significant other/child comes to you with a conflict - and notice how better the outcome becomes!