21 Tactics to Win at the Negotiation Game 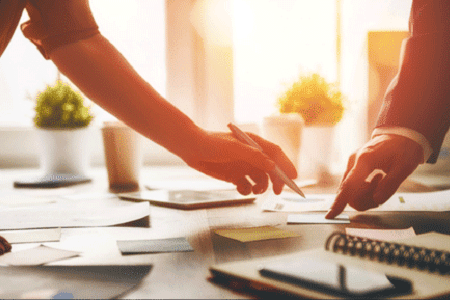 The ability to negotiate effectively is one of the most prized of managerial skills. You will never make money faster than you will when you negotiate. How many other ways can you make $1,000 a minute?

Be serious about planning for a negotiation. Develop your ideal outcome. Then decide what you are willing to settle for if that outcome is not achieved. Know your “BATNA” – Best Alternative to a Negotiated Agreement – so you have a plan if negotiations break down.

Tactic #2. Pay attention to how you dress, communicate, and your body language.

Choose power colors like blue, black and grey to show authority and professionalism. Use tone to emphasize key messages. Keep a check on your emotions and practice emotional intelligence. To help build rapport, lean forward, keep eye contact, and mirror the other party’s body language and communication speed.

Tactic #3 (and Rule #1). Treat the other party with respect at all times.

The better the rapport, the better the negotiation. Build the relationship and be respectful. Speak from the heart. Use “I feel…” when talking about sensitive issues. Stay away from sarcasm. Avoid using absolutes like “always” or “never” and making accusations. Always be conscientious about building a positive relationship.

Tactic #4. Never assume a fixed pie in a negotiation.

Let's visualize a pie with party A on one side, party B, on the other side. Now if that's a fixed pie then the process of the negotiation is simply dividing that pie. But that makes it a win-lose situation because anything A gets, B loses, and vice versa.

Most negotiations that we’re involved in are not fixed pies, but instead can be expanded by understanding the other party and their interest and their needs, and your interest and needs and working something out based on that, to actually expand the pie.

Tactic #5. Ask a lot of questions.

Ask a lot of open-ended questions like, “Tell me more about that…”, “Why would this feature be so important to you?”, “Is there anything else that I should know?” Clarify assumptions about the other person’s interests and concerns.

Allow the other party to talk. Listen for intent and content. Paraphrase what you heard to clarify and confirm your understanding.

Ask thorough questions to fill the gaps and blind spots from your planning. Responses to good questions save time and regret as the negotiation proceeds.

Display confidence and expect success. Prepare well and keep an optimistic script in your head. Tap into whatever you have that is impressive: your title, your company’s strengths, special skills, or the strength of your client list to reinforce a positive perception.

Tactic #8. Don’t underestimate your power. Ask for what you want.

People tend to underestimate their own power in a negotiation. You’ve probably got more power than you think. And the reason for that is you're very aware of all of your limitations to power, but you don't know what the problems are on the other side. Realize that going into your next negotiation, because when you underestimate your own power, you're less likely to take risks.

There is no need to ask for what you think you will get, or what you think the other party will give. Never underestimate your power or let fear prevent you from asking for your desired outcome. Take the risk.

Tactic #9. Be willing to take risks.

When you can afford to take the risk, you gain power in a negotiation. Be willing to walk away. You may only close seven out of 10 negotiations, rather than the eight out of 10 you’re closing now, but there will likely be more profitability in those seven out of 10. The ability to take a risk gives you power.

Tactic #10. Use limited authority to your advantage.

Don't assume that having more authority gives you more power in a negotiation. As a matter of fact, many times, the contrary is just the case.

When I'm not the ultimate authority, what advantage does that give me? It gives me a time advantage. I don't need to make a decision on the spot. I've always got to check with somebody. It gives me a relationship advantage. It's always somebody else who's saying no, it's always somebody else who's the bad guy and I can always maintain the relationship, it allows me to bring in other parties into the negotiation.

Tactic #11. Use relative value to your advantage.

Consider making concessions on things that cost you very little in terms of time, money or effort, but have a high value to the other side. By using active listening skills and asking well-crafted questions, make offers that make sense to the other party. For example, you could add an extended warranty in a price negotiation.

Think about asking for things that might be easy for them to provide for you, that have a high value for you in terms of time, money, or effort.

In other words, what can you trade in the situation?

Tactic #12. Separate people from the problem.

For example: “I represent my company here and it is important for me to protect our interests as well as understand yours. Don’t take this personally.”

When necessary you can agree to disagree without displaying negative emotions. Stay away from arguing or placing blame as it puts the other party on the defensive.

Put yourself in the other person’s shoes to imagine their perspective, but don’t assume responsibility for their problem. For example, don’t drop a price because the other person has a budget or cashflow problem. Accepting unreasonable deadlines or terms because the client made a mistake is not good practice.

Let’s say your neighbor is advertising a car for sale at $20,000. You make what you think is a ridiculously low offer of $12,000. Your neighbor immediately accepts. How do you feel?

If you accept the first offer, the other party will have the same reaction as you did when buying your neighbor’s car: 1. I should have made a lower offer, and 2. What’s wrong with it?

Tactic #16. Don’t be the first to offer to “split the difference”.

When price negotiations get stuck, many see it as obvious to meet in the middle. “I’m at $90 and you’re at $100. Splitting the difference would put us at $95.”

The best option is to wait for the other party to offer the idea. Now they are at $95 and you are at $90. You now have more control and can often win agreement to split at a lower level.

Tactic #17. Don’t assume you know what the other party wants for concessions.

Ask questions like “What would be fair?”, “How would you like us to proceed?”. Often in a negotiation we know that giving a particular concession worked last time and so we throw it in, they take it, we lose in the situation. Always ask. Always be sure you know the other party wants the concessions that you're offering.

Tactic #18. Allow the other party to save face.

When we study negotiations, a lot of them are lost because of the emotions of the situation, because somebody backed themselves into a corner, and there's no way for them to save face. You as a good negotiator, need to be very creative in that regard.

Tactic #19. Don't get hung up on a single negotiated item.

A good negotiator never gets hung up on one item in a negotiation, because there are always ways under, around, over, or through it.

For example, your neighbor refuses to sell the car for a penny less than $20,000. You agree to buy it, but you negotiate a two year payment period as a condition of the sale.

Take a break. Even postpone if necessary. Even with a very good offer it is best to take time to think it through.

Tactic #21. Close with confidence and clarity.

Reflect on your desired outcome and BATNA (Best Alternative to a Negotiated Agreement) to gain clarity and confidence at the close of your negotiation. Show appreciation and summarize the key agreements and next steps. Be clear, and get the agreement signed.