Multigenerational Leadership: What You Need to Know

Amy Lynch features in our February session, "Bridging the Multigenerational Gap in the Workplace".  Here are some of her observations: 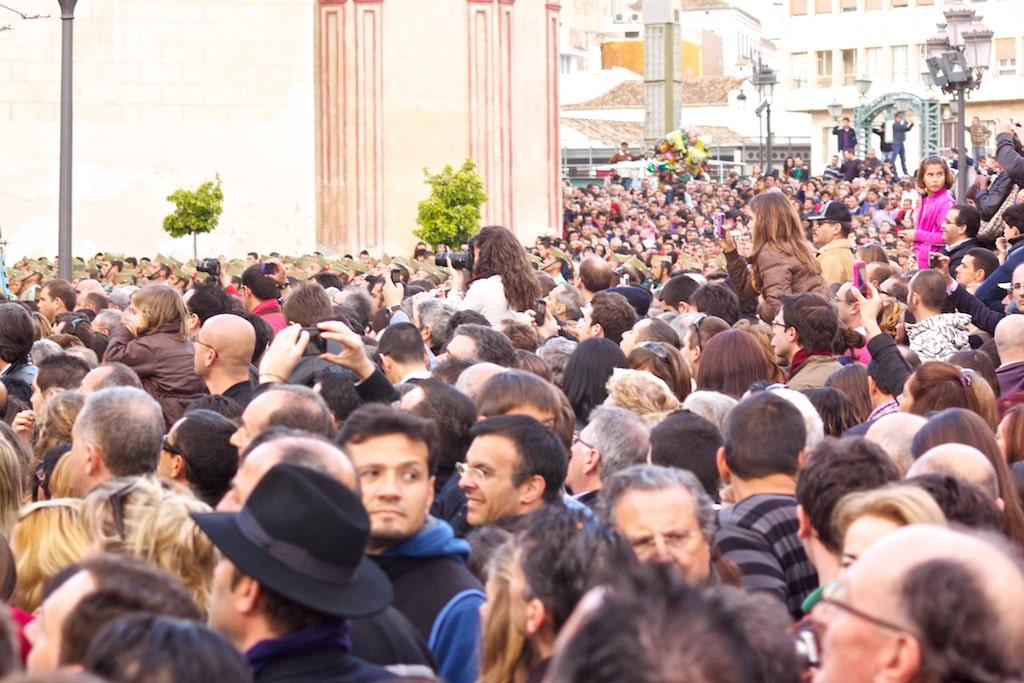 Millennials already outnumber the Boomers and the Gen-Xers in the workforce.  At the same time Gen-Z is starting to come into the workplace at a rate of 4.5 m a year. Technology has changed so quickly that each of those generations thinks and works differently.  Meanwhile the old top-down structure is starting to break down.  Right now 1 in 3 people works for someone who is younger than they are. That’s a big change from just a few years ago.

For managers, the workplace isn't as predictable as it used to be and teams are not made up in predictable ways. A typical team now contains a mix of Boomers and Gen-X and Millennials and Gen-Z. Multigenerational leadership training shows us how to communicate with, and draw out the strengths of, each of those groups.

Where do Generational Differences come from?

A generation is a group of people born around the same time.  As those people grow up, and especially during their formative teenage years, they experience the same things: the same economy, the same parenting trends and educational trends, the same technology.  Because they share that experience, they come in to the workplace with very similar expectations, with a similar outlook, and with similar ways of getting work done.

The oldest employees in your workplace are probably Boomers.  Boomers are staying longer and working longer than previous generations.  They tend to be an optimistic group; they are passionate about their work.  As they grew up the economy kept growing, the stock market kept on getting bigger, companies got bigger, and Boomers grew up thinking they would naturally do better than their parents did.

Coupled with a natural optimism, Boomers also bring powerful face-to-face, one to one skills.  So the gift they can bring to you as a leader is an ability to do the one to one negotiations that maybe nobody else on your team can do as well.

When Gen-Xers were growing up, things were not going as well.  Globalization was kicking in, world economies were being disrupted, there was more competition and more complexity in the economy.  Almost everywhere in the world Gen-Xers saw jobs lost, they saw industries start to fade and so that made them skeptical.

Gen-Xers also bring a lot of efficiency to your team.  This is because the pace of life was speeding up as they were growing up.  They were working with digital information; their brains adapted to process things quickly.  When you need a project done quickly and efficiently, you might consider including some Gen-Xers on your team.

Millennials, or Gen-Y, are the group that that grew up and was shaped as the mood of the culture worldwide shifted from being skeptical to being more urgent. 9/11 happened, and terrorism became a part of everyday life.   Threats like climate change let this group know that there are big problems out there to solve. That's why Millennials want to know that their work has an impact.  They want to understand what their job means. They want your company to have a positive impact on society.  Every time we survey this group we find that’s very important to them.  There are even studies that tell us that a Millennial will give up a job that pays more if you give them a job that has a more positive impact.   So that means you want to keep the mission in front of this group as you lead them.

Another thing Millennials look for is the ability to collaborate.  Parents were more likely to give Millennials a voice in family decisions.   So when they come to work for you they expect to have a voice; they expect you to ask for input when you're making decisions about things that affect their work.  Millennials work best when they work collaboratively.

Millennials often demonstrate impatience when it comes to waiting for the next promotion, the next move.  This is different from other generations who expected their career to take some time.  There are several reasons for this.

Millennials grew up online.  They got things instantly.  They learned to develop skills very quickly.   Millennials came into the workplace knowing that they had technical skills, digital skills, online skills that other generations didn't have, and so naturally they say - Hey, I've got this skill, why am I not in this position?  It's simply the way that they grew up. This doesn't make them entitled;  it does make them impatient.  What you will have to do as a leader is constantly put new skills and new steps in front of Millennials to keep them engaged so that they will know that you're interested in their growth and want to stay with you.

You're already seeing this new generation in your entry level positions and as interns in your company.  Gen-Zs are very different from the Millennials.  They were raised by a different kind of parent.  Millennials were raised by helicopter parents that hovered over them and helped them along the way, but Gen-Zs were raised by independent Gen-Xers.   Gen-Xers parent not as helicopter parents but as stealth bombers; they wait over the horizon until there's really a problem then they come in.   Generally they let Gen-Z grow up and fail and learn the hard lessons, and this made them independent.

Gen-Z is a very resilient group.  They're also resourceful.  They grew up during a time of long recession all around the globe.  Gen-Z is used to worrying about family budget, about whether or not there will be a job for them when they get out of school, so they learned to be resourceful.  They don't expect the first job you give them to be a dream job.  They expect to have to work hard to be successful and they show resourcefulness in that if they don’t have a solution, they’ll find the solution.  Gen-Z makes do when they don't have a lot of resources.  Indications are that they are very can-do as a generation.

How do Generational Differences Impact Values?

There are values that we all share.  One is respect.  No matter which generation we are, it's important for us to feel respected at work and for our work to be respected.  But as a leader you'll have to know how to convey that respect a little differently to each generation.

Boomers feel respect in a one to one relationship.  It is important to them that - on the phone or in person - people look at them, talk to them, use a tone of voice that shows some deference and respect towards authority.

Gen-Xers consider time their most valuable resource, so the way you show them respect is you give them their time.  There's a saying:  Give a Boomer your time, and give an Xer their time.  Respect their time, don't require them to come to endless meetings, don't put bureaucracy in the way of their work, don't stop by and chat when they're getting work done.  Because while you might think that's a friendly move, the Gen-Xer may perceive it as disrespectful, as he or she is trying to get their work done and is very careful about their time and about working efficiently.

Loyalty is another value that all the generation share.  Traditionally loyalty has meant staying with the same company quite possibly for one's whole career. During the seventies and eighties that kind of agreement between employer and employee broke down and job stability became a thing of the past.  So what does loyalty mean now?

In the last couple of decades employees of every generation have begun to shift their loyalty. For some it’s loyalty to a particular quality of life.  The trend is for loyalty to accrue to the immediate supervisor rather than the whole company.

The other thing that creates loyalty is the ability to develop new skills.  People want to build their skill set.  As a matter of fact Millennials grew up expecting to learn all their lives.  If they aren't learning something new to keep up with the pace of change it makes them nervous and they start looking for another job.  The more you teach them, the more loyal they become to you as a leader.

Work ethic tends to be a hot-button topic.  We all mean something different when we say work ethic and that's because each generation is shaped by the environment in which they came into the workplace.

For example, Boomers consider part of work ethic as being on site, in your seat, face-to-face. They consider physical presence important to building a good work ethic.

For Gen-Xers who grew up with computers it's about results, not a physical presence.  If an Xer feels like they're getting results, then they'll tell you they have a good work ethic.  The other thing that happened with Gen-X is they begin to include work-life balance into work ethic.  An Xer will tell you - if I have time for my family, time for my friends, time for my life then I'm a better worker as I’m keeping from burn-out.  So balance was an idea that Gen-X brought to the workplace.

Millennials go one step further.  Work and life come together.   Millennials may expect to spend time at work doing some personal stuff, they may take some time off, but then they'll go home and work until late at night getting the work done, sending out emails, finishing reports.  That's work-life integration and that's a different way of looking at a work ethic.

It’s  clear that each generation has a profound and important work ethic but that it's really different generation to generation.   Each generation is willing to work hard, each generation wants to contribute, we just have different ideas about where and when work gets done.  If as a leader you can keep that in mind and give people some some space in the ways that they work, they will really appreciate that.

These next few years are going to be critical.  We’re going to see a huge demographic shift as Boomers retire and as Millennials and Gen-Z come in.   As a leader you may already be bridging generational gaps in ways that you aren't even thinking about.

One tool to use if you encounter a clash or a question or a generational pain point:  try asking questions.  If you can ask questions with genuine curiosity - for example “so why are you thinking that?” or “tell me where that idea comes from” - you can calm the emotions involved and you can learn something about that generation.

One desire that all the generation share is the desire to do work that's meaningful and relevant.  This is why mentoring is so important.  If you have a skill to learn that isn't automatic or natural to your generation, who better to teach you that then somebody from a generation for whom that skill is natural?  With the pace of technological change, we have to have mentoring from older generations down, from younger generations up - and the best mentoring isn't always formal. Whether you're structuring it formally or whether you're letting it happen informally, cross-generational mentoring holds a team together.

Generational diversity is only one kind of diversity that you need to understand in order to lead well.  Generational studies is a vast area where history and economics come together and so what we get is a big broad picture.  It’s the study of the forest, not the individual trees.  In other words, when you look at a group you can know a little bit about them even though individuals within that group are their own unique selves.