The Innovation Equation: Leverage it to unleash your team 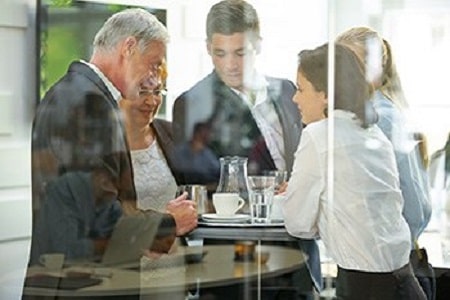 Any successful business must be able to come up with new ideas and ways to implement them, in order to keep operations, products and services fresh. Innovation is about improving something that has come before. Innovation increases efficiency, convenience and effectiveness, and companies who innovate best have the best chance of success.

Otherwise known as Red Tape, arbitrary rules and regulations create barriers to innovation. We can't do it that way because we've always done it this way, or the regulators won't let us do it because there's a special rule. All these regulations and policies and procedures stymie innovation.

Ron Crossland’s equation illustrates the relationship between components that affect innovation. The higher the number, the better the results.

If we take away arbitrary rules we have a bigger impact faster on innovation that about anything else we can do.  We can take care not to create our own red tape. But often arbitrary rules are outside of our control - company-wide policies or governmental regulations, for example - so what we have to work on as leaders is how to increase the top line as well.

The best place to think creatively is in a stimulating environment. When writing a book, for instance, there’s nothing worse than staring at a blank page. Ron tells the story of a writer friend of his who every morning finds a book of an author he enjoys. He opens up the book and he starts typing what he sees. He does that for about 30 minutes, and types the words as if they are his own. It gets his brain working and as soon as it is stimulated he stops writing the other author’s words and starts writing his own. He says this is better for him than coffee to get his brain going.

Our brains are association computers. We learn by association. We see how someone else is doing something and we think what we could take from that to improve our own performance.

One automotive client reports that when they hit a slump they take a break and do something totally different. They have a movie theater that they set up in their in their offices and they will play a movie, pop some popcorn, and after a couple of hours they are totally refreshed. Another client located in a major metropolitan area has teams that take mobile lunch breaks. For the first 20 minutes they walk a random route through the city streets chatting about anything but work. When they head back to their offices, during the second 20 minutes they talk about the project they're working on. They report that this one activity is key to generating the best innovative ideas and solutions to problems.

Prototyping allows us to create possible solutions for the problem we’re working on and test them out. Innovation does not drive prototyping; prototyping drives innovation. Research shows that those companies that prototype more often are far innovative than those that don’t.

For example, if you want to improve the accuracy of data collection you’ll want to try out several new forms to find which generated the best response. If you want to improve readability of a report you send to clients you’ll need to create several iterations based on your own ideas and your clients’ feedback. Be prepared to fail along the way.

One example of prototyping is creating a budgeting spreadsheet where you can change one variable at a time to see its effect on the whole. Mentally rehearsing several different scenarios ahead of time is another example. A third example is staging, where you physically move items around into different layouts before deciding which works best. Many people prototype using storyboards to work through alternate scenarios.

By keeping in mind the Innovation Equation and working to increase stimulus, prototyping and the self-confidence of your team, while removing those arbitrary rules that are under your control, you will create an environment that fosters the development of new ideas.