''Did I Really Say That?'' - or How to Respond Better using Emotional Intelligence 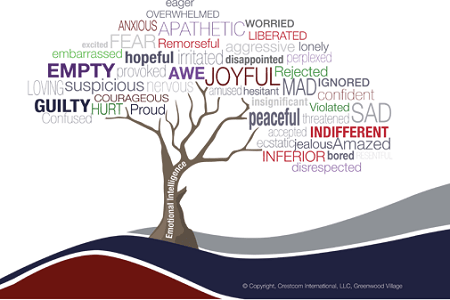 Emotional intelligence and management of emotions begin in the brain 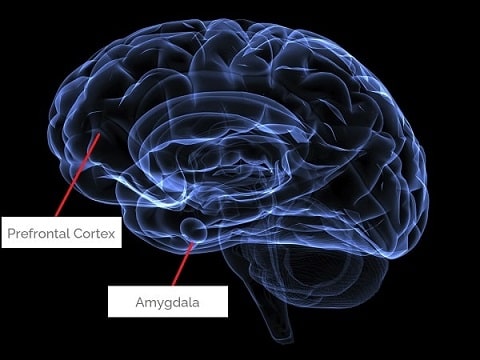 Part of the brain, the prefrontal cortex, is often referred to as the executive center. It is logical, rational and reasonable. So this is where we make decisions in planning based on our observations, experience and knowledge.

Another part of our brain, the amygdala, is often called the old brain, the crazy brain, or the survival brain. This part of our brain was developed first but hasn’t evolved much. Like the executive center it has an important job. It keeps us safe. Stimuli coming into the brain quickly run to the amygdala, the survival brain, and determine whether to fight or take flight.

The difference can be demonstrated like this. You're driving down the road during poor weather conditions when you notice that the driver in front of you is swerving and skidding. The executive brain thinks “This driver is having a difficult time. He must not be from this area. Maybe I better take my foot off the gas and put it on the brake to avoid an accident.” By the time you had that logical, rational, reasonable conversation, you would be - in an accident. However, the amygdala, the survival brain, immediately instructs you to take your foot off the gas and put on the brake. It’s job is to keep you safe.

Here's what just happened. In a survival situation blood starts leaving the brain carrying oxygen to the extremities. Your body shoots off adrenaline for a burst of energy. Stress brings on the hormone, cortisol, affecting clear thought.

Often you can’t stop the initial “fight or flight” reaction. But we can take action to stop this quick survival response. 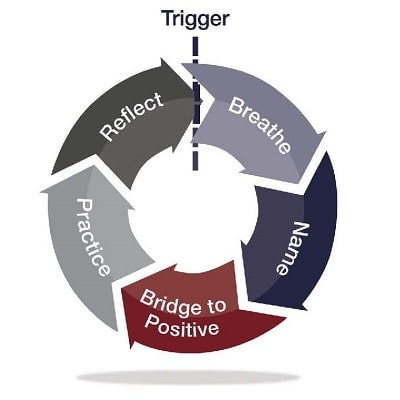 Take a few breaths before responding to limit the length of time before the reaction occurs. Remember, when your body goes into a fight or flight survival response, blood starts leaving the brain going to those external extremities. You are becoming oxygen deprived. Breathing allows you to return blood oxygen and use logical thinking.

When you start feeling yourself moving into survival mode, name the emotion you're feeling. By naming the emotion you move yourself from the crazy survival part of your brain to the logical executive brain. For example, it can be as simple as saying, I'm feeling angry. I feel like I'm being taken advantage of.

3. BRIDGE TO THE POSITIVE

Take time to visualize new and better responses. Some triggers just aren't going away. Visualize yourself finding opportunity in the situation and responding in a different way. You have the ability to develop new neural pathways and ways of responding rather than reacting.

To illustrate this point, write the word happy 10 times with the opposite hand you normally write with. You should start noticing improvement when you get to the 10th try. Do this for 30 days, and you will find that you have developed a new skill. This is neuroplasticity at work: you are forming new neural pathways and ways of doing things. As Hebb's Law states, Cells that fire together, wire together.

Get some quiet time each day to prepare and to reflect. Some of the top companies in the world recognize the power of mindfulness and of being still. Google, The Huffington Post and Salesforce all offer workshops to their teams on mindfulness. These companies recognize that a cluttered mind is not a clear mind.