Become the Coach They Need 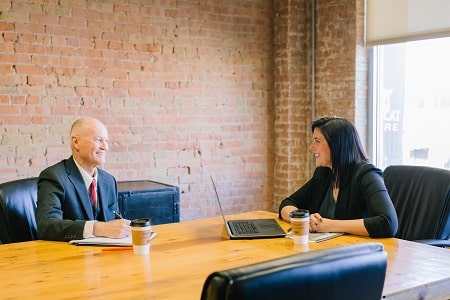 As a leader, you can unlock the potential of your team using Coaching Conversations

A recent survey by Gallup found that only 21% of employees strongly agree that their performance is managed in a way that motivates them to do outstanding work. Developing a coach’s mindset, approach, and culture is essential to organizational success. Without it, productivity declines, morale decreases, and performance is mediocre.

What is a Coaching Mindset?

The coaching mindset is key to:

Have you ever had a coach or a mentor in your life that had a greater belief in you and your abilities than you had in yourself, and then went out of their way to encourage, to support, and to challenge you to achieve more than you even thought possible? Perhaps you are thinking of a parent, or maybe it was a teacher or a manager? Now, think about that person for a moment. And recall how that felt, and - even more importantly - recall what you may have done differently as a result of that person's influence in your life.

Here’s the challenge: If I were to ask the people who work for you to do the same thing, would they be naming you as that significant coach in their life?

The coaching mindset is to make others greater than yourself. Let's talk about how we can do that.

There are two things to keep in mind during any coaching conversation:

Always start with a coaching mindset. Your intention is to lift the person up, not beat them down. Use the coaching conversation roadmap and be mindful of your language choices to ensure that your conversation has the impact you are looking for.

In the example below, Sam is a project manager and Jules is Sam’s supervisor. Jules has learned that the Fisher project, which Sam is managing, is behind by three months, over budget by 10% and tensions are jeopardizing their company’s relationship with the client. Individuals on the project team have shared that Sam is difficult to work with and they don’t understand what Sam expects from them.

1. Set the expectations of the conversation.

First of all, set the stage. Try using some language like: “Today we're here to talk about XYZ”. And then next establish trust and support with this person by telling them that you value them, and that you're there to help them be successful. Now of course you don't want to make this up, it has to be genuine and sincere and simply identifies the things that they're doing well.

JULES: Hi Sam. The purpose of today's meeting is to talk about your performance and go over the Fisher project. Anything else you want to cover?
Well, before we get into Fisher I want to tell you: you did a great job on the Donaghue project last quarter, the client loved it and we really appreciate it. You're a really valuable member of this team.

2. Ask for information from their side and identify the coaching goal.

You want to clearly identify the challenge which will then become the target of the coaching the goal of the coaching. Try asking a question like: “Tell me how it's going with XYZ”, and let them respond.

JULES: So tell me how you think Fisher is going.

JULES: Let's talk about it. How are you measuring the success of the project?

SAM: I'm measuring my success by my key performance indicators, phase completion and the budget, but things have been starting to get off track.

3. While they respond, practice being objective, hearing what they're saying and actively listening to them.

You can do that by asking questions to uncover any additional challenges questions like: “What obstacles are you running into?” “What's been preventing your success?” and by listening openly to their response.

Remember to be mindful of your own judgments about what you think went wrong, and let them tell you what THEY think is going wrong. And then finally, do your best to understand their motivations. By asking questions like, for example: “Why is accomplishing this important to you?” When you understand their motivation, you can use this to build their capability later on in the coaching conversation.

JULES: What happened to cause things to get off track?

SAM: Well, people stopped listening to me, and we weren't getting things done on time and now we're behind schedule.

JULES: So let's review, where are you with the project now?

JULES: What do you think's preventing you to get those last two phases completed?

SAM: It hasn't been easy getting everyone on the same page. No one seems to be willing to commit to this project and that lack of commitment has been quite frustrating.

JULES: It can be frustrating. And it's hard to manage people towards a goal. I know it's difficult. But this is your primary responsibility right now and I know this is a really important project for the organization. Tell me why it's important to you?

SAM: Well, it is my responsibility, and I want to succeed and do well in this company. I want to grow my career here.

4. Brainstorm to help them find solutions to accomplish their coaching goal.

And then you want to understand what they've tried so far what's worked, what hasn't. You can ask: “What have you tried so far?” Or, “What's been working for you, what hasn't worked for you?”

Then, together, you'll consider and identify alternate approaches to help them think of new things that they could try to meet their goal. You can ask a question like: “What's another way to look at the problem?” or “What would be another approach to take?”

JULES: I'm glad to hear you're committed to being successful and I want you to be successful too. For me, success in this project means that it’s completed as quickly as possible, ideally, within 30 days, and no more than over 5% over budget. So, what does success look like for you?

JULES: Great. What did you done so far to motivate the team?

SAM: Well I've been sending emails with deadlines, but that doesn't seem to be getting anyone's attention. They're not recognizing the urgency in my emails. I don't think people care about this project.

JULES: From that perspective I can see how be difficult to manage people to get the job done. But can we find another way to approach it? What's another way to look at it?

SAM: Hmm, Maybe the team needs an overall project plan. I was sending individual assignments with deadlines, but they probably need a big picture walkthrough. Lesson learned! Once a month, face to face meetings with them to explain the overall project plan. That way everyone knows what's expected of them so we could hit our targets.

5. Mirror, or reflect back, what you're hearing from them.

Now is the time to use the closed ended yes/ no questions. Say something like: “So, what I'm hearing you say is… .is that correct?” or “…am I hearing that right?”

JULES: So what you're saying is a face to face meeting, improving communication, is going to unite the group, and ensure that everybody's on the same page?

SAM: Yes, I could try that approach. It would be a more effective way to revisit the expectations and manage everyone involved in the project. The monthly face to face meetings would be great for my next project, but for the next 30 days I will schedule these weekly. As a team we need to find some efficiencies to rein in the budget and timeline.

6. Confirm the next steps.

You’ll want to create a verbal and written agreement on goals and next actions. So you'll ask questions like: “What will it take to help you get this done?”, “What are you specifically going to do next?” and “By when will you have this accomplished?”

JULES: That sounds like a great approach. Can you commit to having face to face meetings with the team to ensure we're going to be finished in 30 days, and no more than 5% over budget? What will it take to help you get this done?

SAM: Hmm, the next 30 days will be challenging and the budget reductions will take some creative thinking. But yes, once we have our collective plan, I think it's possible. I'd like you to be at the first meeting to show your support for the team and kick off the importance of regrouping to maintain focus for the client and future projects.

JULES: Sure, I can do that. What specifically you're going to do next?

SAM: I'll set up a meeting schedule to start this week. I will share the project timeline and complete the one-on-ones the following week. I want to make myself a resource in case the team has any questions, then I'll reach out to the client, and explain the revisited timeline.

JULES: When will you have this accomplished?

SAM: I'll schedule the team meeting for Thursday and set up one-on-ones for the following week, I will revise the project plan and budget Friday, and I'll call the client Monday morning to discuss the status of the project.

JULES: Sounds like a great plan. So the goal is to ensure the project is completed within the next 30 days, no more than 5% over budget. Let me know how I can help you in the next 30 days. I want you to be successful.

SAM: Thanks. I won't let you down.